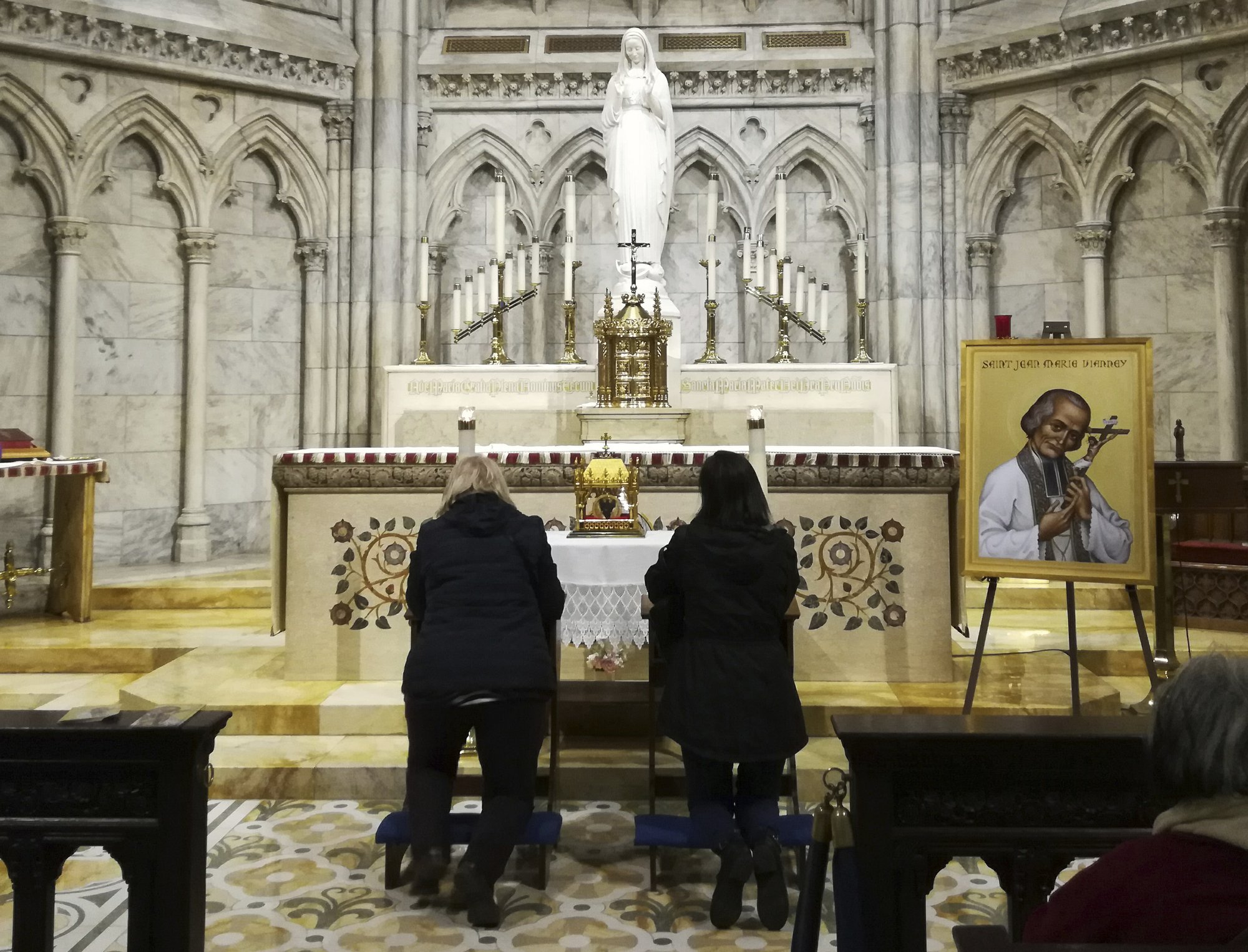 NEW YORK (AP) — The 150-year-old heart of a French priest is on a U.S. tour — a Roman Catholic relic with New York City as its latest stop.

It was on display Saturday at St. Patrick’s Cathedral on Fifth Avenue, where both the faithful and the curious lined up to see the human organ behind glass. The Knights of Columbus fraternity is sponsoring the pilgrimage of this heart, which has been to 28 states so far, with more coming up.

Cardinal Timothy Dolan, the archbishop of New York, is to lead a Sunday procession venerating the heart of Saint John Vianney, who was a priest in the southern French town of Ars, outside Lyon. He lived during the French Revolution, helping to hide priests on the run.

The tradition of preserving the body parts of saintly Catholics goes back to the Middle Ages in Italy. When St. Catherine of Siena died in Rome, her hometown of Siena wanted her remains. But they didn’t want to get caught making off with the whole body, and decided to take just her head.

Vianney is considered the patron saint of parish priests, famed for hearing confessions for endless hours with an ear so understanding that he drew Catholics from all around Europe.

“He would also recount to them the sins they left out, because he instinctively felt who they are,” says Joseph Cullen, a member of the Knights of Columbus. “But he had a heart of gold.”

In the next week, Vianney’s heart will be displayed in schools and churches in other parts of New York City — Staten Island, Queens and Brooklyn — and Long Island, as well as other venues on the East Coast. The relic is to return to its permanent home at a French shrine in Ars in early June. The U.S. tour began in November.

“Vianney was recognized by the church as a saint and since then, priests especially have honored him and looked to him as a good model for the way they’re supposed to be living their lives,” said Monsignor Robert Ritchie, who has worked as a pastor at parishes in the Bronx and Harlem. “It’s a perfect time especially for priests in the middle of the scandals and all of the stories that are going around; we need an example of somebody good, holy and pure.”